Dadalounge was a live event happened during the St Ives September Festival 2022, with improvised ambient sound by Bobby Wotnot, sound art, video art and poetry performance by myself.
Here is a selections of sounds that have been used to ad to the soundtrack created live with randomised soundtracks and guitar  on loop. The body of work we have created in 2 events will be realised soon as podcast. All these sounds are available to use for your work on request.

An improvised piece with hand made indian flute, made out of a piece of drift bamboo. I have discovered by chance that if you play it in the water, it produces very interesting sounds. 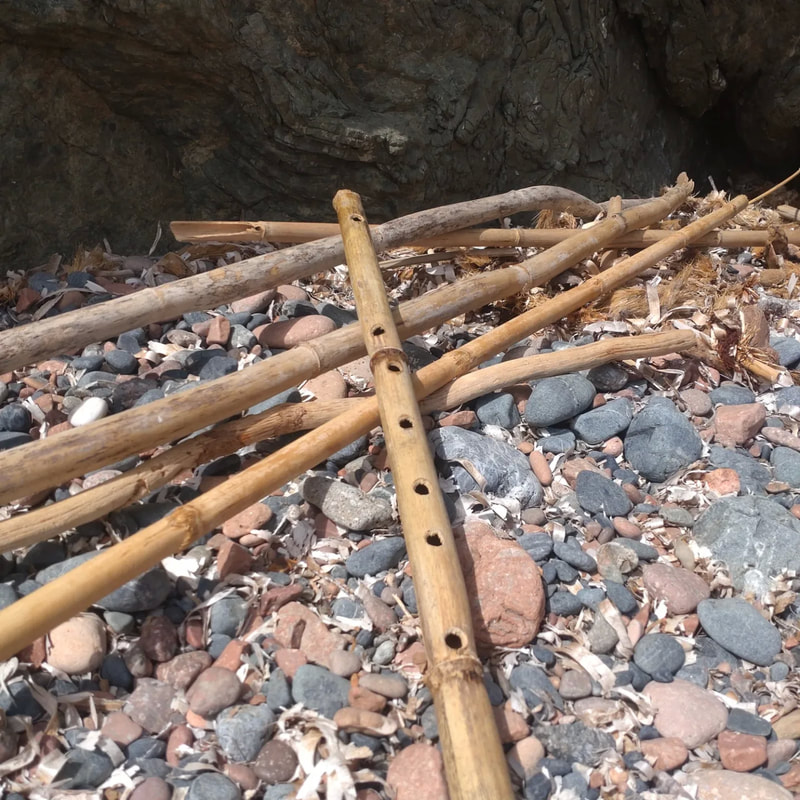 DELIVERANCE.
This is one of my prime examples of Low Tech digital art.  This is the soundtrack for a video installation created entirely by my own voice. The video  is an animation made of drawings in black marker on white board photographed and edited with Photoshop and Premier pro.
The live art performance based on this installation consists in getting as many as possible members of the  audience to play the soundtrack onto their handset, as I play flute and perform in loop a series of Haiku.
​Wherever is possible I also project the video.
LOW TECH BRAIN 1
This is what I call A 'sonic construct' rather than music. It's a composition created entirely with an old keyboard yamaha
Recorded several tracks and then mixed with audacity. Brain One is an anagram for Brian Eno .

The words are an improvised recording in my sitting room, late in the night and then edited with various effects. The english translation is also my voice doubled with two different pitches.
SOUNDS FROM HELLAS.
In the same way I collect abstract images in my travels, I also record interesting sounds. This is a selection from Greece.
SOUND ART FOR DHYANGLOPHONE
​Very often I use these recordings in my shows. I play and mix myself from a DJ deck while performing poetry.
​This is  a selection of Sounds from the show Dhyanglophone. Poetry performance, ambient music dj session and sound art on Silent disco headphones. St.Ives September 2016.